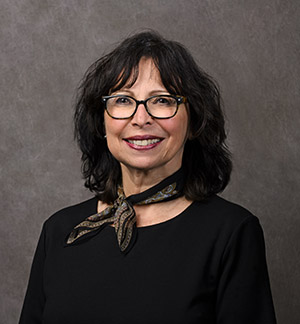 Marie DeLange is a full-time faculty member and Program Director for the Bachelor of Science in Diagnostic Medical Sonography General Vascular & Cardiac Concentrations.  As the Program Director, Marie facilitates the student application and enrollment process; provides student mentoring, course instruction and support in the clinical lab setting.  Also maintains all JRCDMS accreditation processes, annual reports and all necessary updates. She has served in this position for over forty years since 1978.

She has worked on a wide variety of national committees including writing/updating “guidelines and essentials” for the JRCDMS, writing national board exams on the ARDMS, participating in multiple Program site visits, nationally for the JRCDMS, assisting with developing national professional procedures and policies for the AIUM, and developing study guides for Program with SDMS.  She was also elected the first President of SDMS Educational Scholarship Foundation.

Other professional activities include: Editorial Board  Member for the SDMS Journal 1984-2010, LLU Committee “Student Success” 2014-2017 and organized the LLUMC Study Group (attended by sonographers in the community), organizing speakers and educational courses 1984-2013.